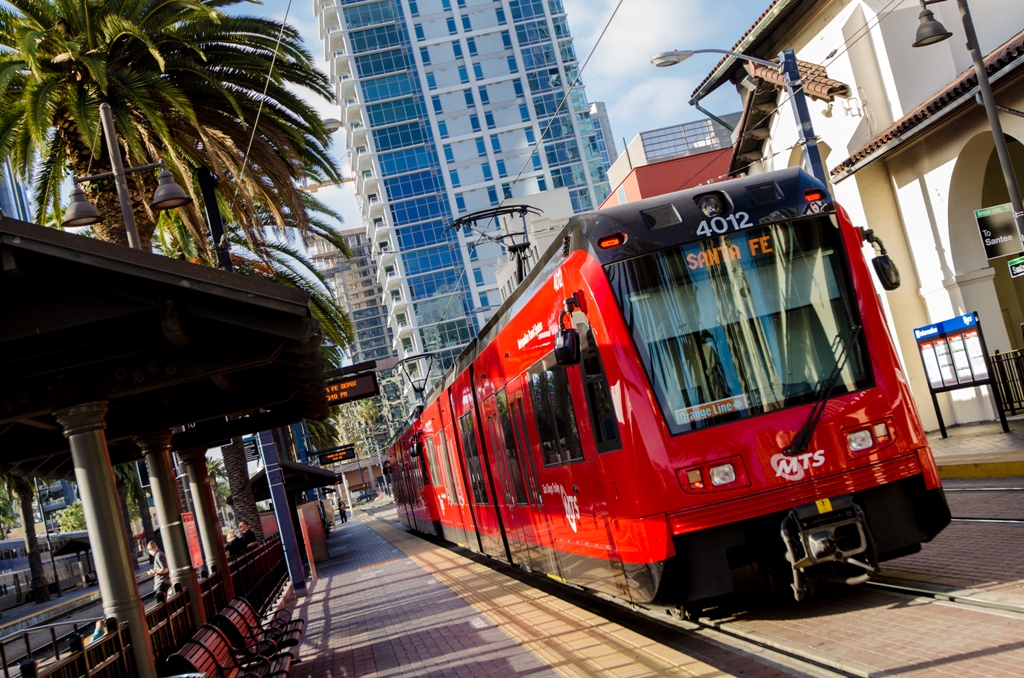 When you live in San Diego, you simply have to master how to navigate the city via the trolley. It’s one of the best ways to get around! It’s also one of the oldest of its kind in the country and, with three lines and 53 stations, an efficient way to get from Point A to Point B.

If you’re planning a whole-day excursion exploring San Diego’s attractions or you’re prepping for life in San Diego, this guide to the city’s trolley system will help you reach your destination quickly and efficiently.

The Green Line is one of the newer lines, with 27 stations running from 12th and Imperial Transit Center in Downtown San Diego, past Mission Valley, travelling all the way to Santee.

Points of interest you can find along the Green Line include:

The Blue Line is the oldest line in the San Diego Trolley system and also has the highest ridership among the four lines. It traverses a total length of 15.4 miles, from Downtown San Diego (American Plaza Station) to San Ysidro, located right along the Mexico-US Border.

You’ll find the following attractions along the Blue Line:

The Orange Line is the second oldest of the San Diego Trolley lines, having been operational since 1986. It’s also the second longest (after the Green Line), running a total length of 18 miles from Courthouse Station in Downtown San Diego to El Cajon.

This line also has the most connections (five with the Blue Line and four with the Green Line). Despite this, it has relatively low ridership compared to its sisters. Along the way, you’ll find:

Browse my website today to find more fun things to do and places to visit in San Diego.